Solid state drives have dropped in price and the performance benefits to desktop users are immediately obvious to anyone who owns one: your computer will fly. But does this translate into benefits to a website when utilizing SSD hosting? Of course it does, and here's why you should be looking at SSD hosting from your provider.

Solid State Disk drives use non-volatile memory to store information. Unlike regular volatile memory (RAM), this means that the data isn't lost when power is disconnected. Traditional drives need to spin around their platters to locate data before it can be read or modified – SSDs don't have this issue, so seek times (the time it takes to "find" your data on the drive) are up significantly faster. 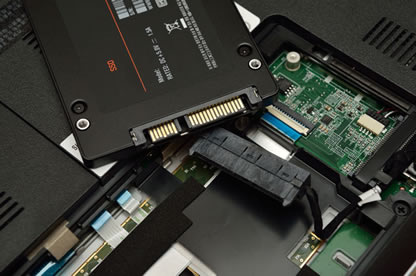 In terms of raw I/O performance, testing by Dell showed MBPS (megabits per second) of transfer under heavy load to be 2x or greater compared to enterprise class spinning drives – a single SSD can achieve the same throughput or better than a 3-disk RAID 0 array.

Particularly important for dynamic data-driven websites and those with high concurrent traffic (such as Facebook, or Twitter) is the access time – the time is takes to first locate the data area before it can be read from or written to. With HDDs, this can vary from 15-20 milliseconds (Source: NotebookCheck), SSDs cut this down to as little as 0.2 milliseconds. Clearly in a world where shaving milliseconds off the response time of a website is critical, SSDs offer an enormous advantage.

The benefits of faster data access for your server software should be obvious, but are of particular importance to modern data-driven sites that dynamically generate pages from hundreds of database queries.

Currently, many websites are created with open source web applications such as WordPress, Joomla, and Drupal due to their ease-of-use and flexibility to customize the way they look with thousands of free themes and plugins. When a visitor enters a dynamic website such as WordPress, the visit triggers database queries and content access at the same time. With traditional web hosting plans that use spinning hard disk drives, access is slow due to the mechanical movement of the HDDs. To be more specific, HDDs store information on rotating disks and an actuator arm that reads the information has to move in order to access the stored data — physical movement takes a sizeable amount of time (find out more about how spinning hard drives work). With solid state drives, data is read and written simultaneously. Therefore, the browsing experience will significantly more pleasant thanks to the reduced loading time. 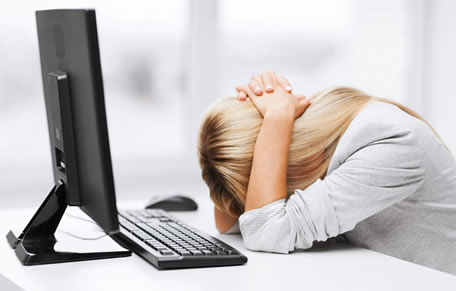 For eCommerce websites, loading speed is a huge factor: a slow website results in fewer sales. Customers get frustrated, abandoning the cart or site completely. You might think four seconds is a reasonable load time, but you'll have already lost 25 per cent of potential customers at that point! (According to KISSmetrics data)

Even if you're not selling anything, serving pages faster is going to increase the overall usability of your site – that means more interaction, more page views, and more ad revenue if that's your income source.

There's a number of third party services, plugins and general tactics you can take to improve performance (W3 Total Cache on WordPress, for instance). But ultimately, there's not a lot you can do if the core performance of your web host is simply too slow – that particular bottleneck is out of your hands. SSD hosting tackles the core of the problem, as well as enhancing any disk caching performance you would see when used alongside those plugins. The added benefits of SSD hosting will ripple through every layer of your site – file access, database queries, down to usability.

Although the difference in raw data access times compared to a regular disk drive may be measured in milliseconds, when your site is being hammered by high traffic, those milliseconds can make all the difference! 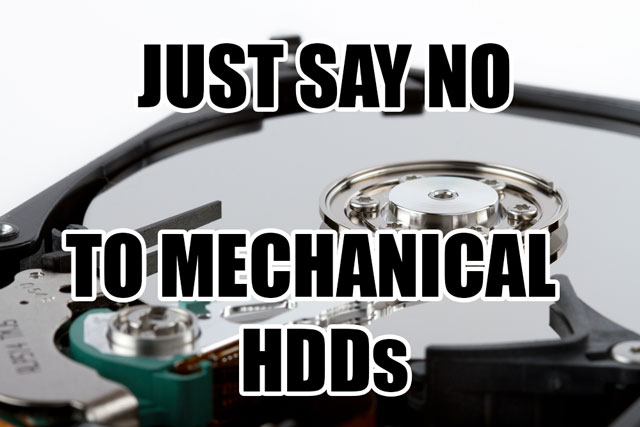 Unlike mechanical HDDs which can just give up the ghost and die – resulting in complete data loss – SSDs simply prevent further write access at their end of life, while the data stored within it can still be read. The lack of moving parts also means they're less susceptible to shock or vibration damage, as well as having a greater range of operational temperatures. All of which means you're less likely to suffer the catastrophe of losing your data, or worry about the thought of having to deal with that; thereby allowing you to focus your energy on improving your website.

This is, of course, no excuse not to back up your site on a regular basis, but it should at least prevent some extreme cases.